It’s December already, and this is the month I enjoy featuring one of Barbie’s fabulous gift sets. 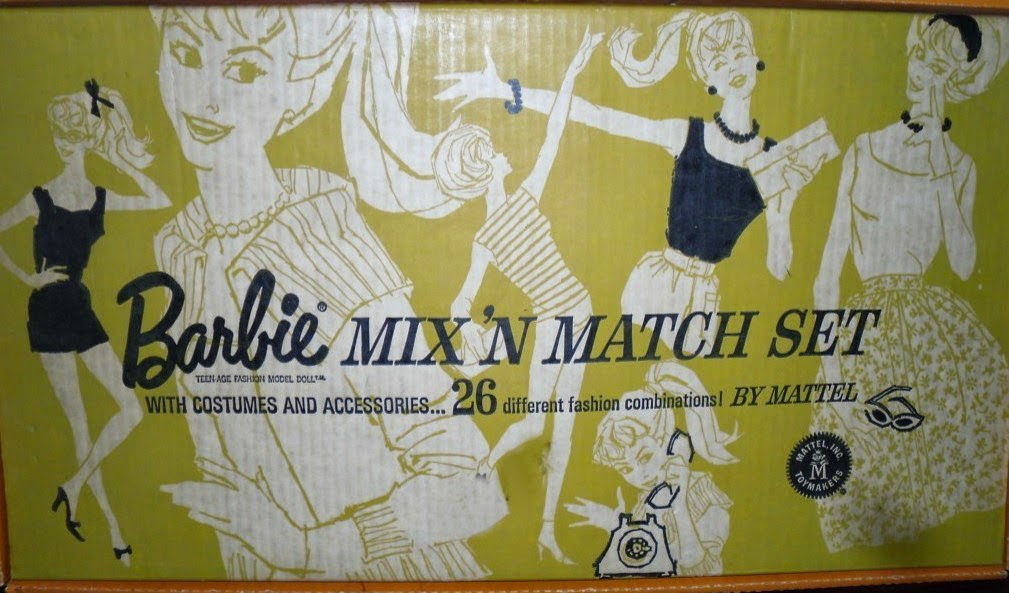 In 1963, #861 Barbie Mix ‘n Match gift set was released, and retailed for $10.00.  Along with a beautiful Bubble Cut Barbie doll in her red one-piece swim-suit, the set included many of the early Pak items, which allowed Barbie to make twenty-six different outfits.

Pak items were first introduced in 1962 for Barbie and Ken.  They were intended to be more affordable clothing, which were usually single items such as a dress, sweater, or skirt.  Others were sets of several pairs of shoes, or a trio of purses.  These Pak items didn’t have all the additional accessories that were included in Barbie’s beautiful ensemble series. Pak items retailed for 80¢, $1.00, or $1.20, depending on which item was purchased.

This set has the same name as the 1960 and 1962 Barbie Mix ‘n Match Gift Set, but with a different stock number.  The earlier sets were marked #857, and the contents were completely different from the 1963 set.  The 1960 and 1962 sets featured a ponytail Barbie, along with partial clothing items from several of the 900 series fashion ensembles.
All the Barbie gift sets are truly amazing, and maybe this year you’ll find a vintage gift set all wrapped up under your Christmas tree!