Barbie of the Month: Skipper on Wheels Gift Set

The darling #1032 Skipper on Wheels Gift Set was only available in 1966, and to make it even rarer it was an exclusive Sears Gift Set, meaning you could only buy it through Sears. 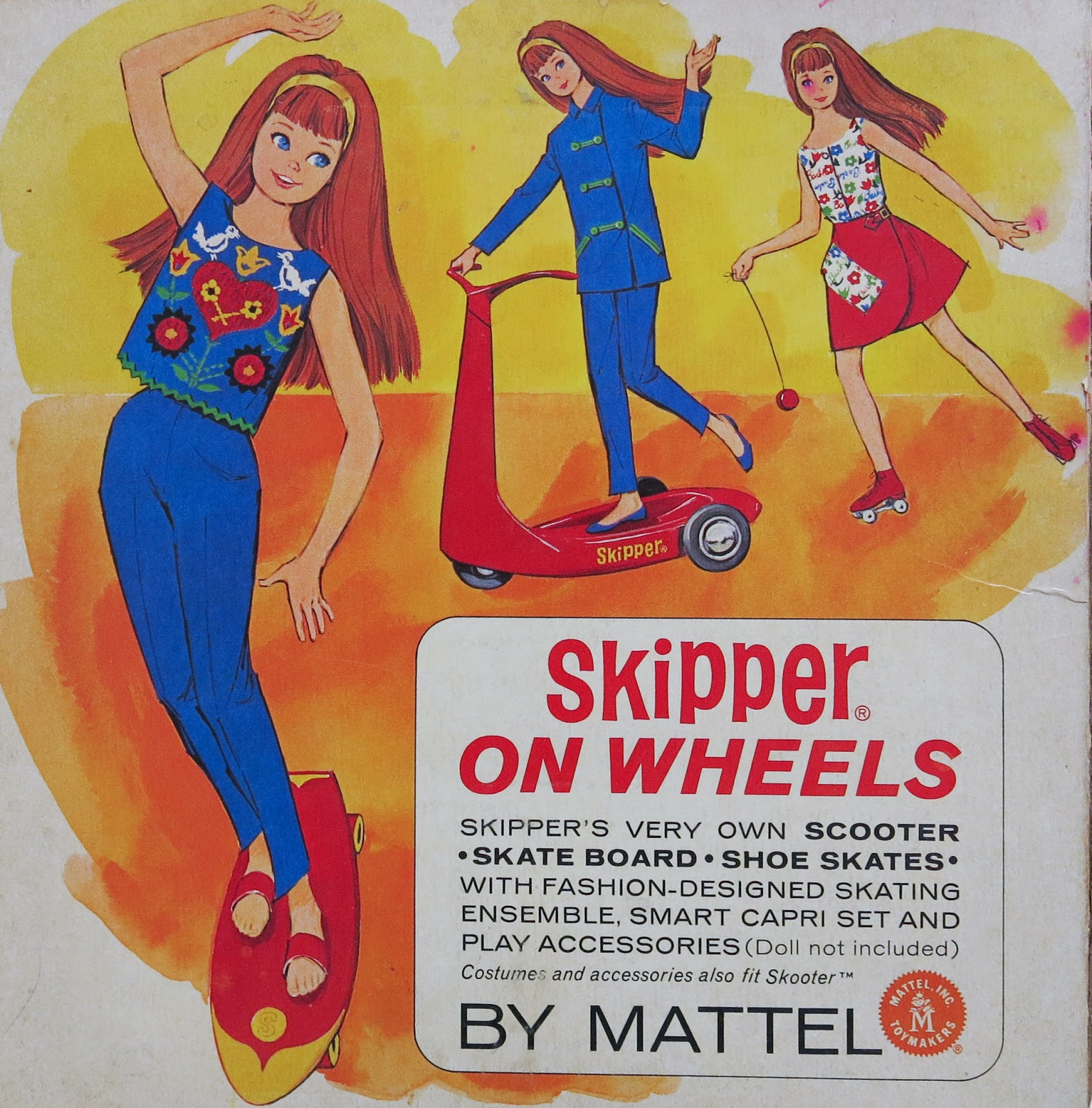 This fabulous gift set didn’t come with a doll, but did include a cool red scooter, a red and yellow skate board, red roller skates, and a red yo-yo to play with.  There were several items of clothing also; a red wrap-around skirt with matching print blouse from the 1966 ensemble #1911 ‘Day at the Fair’, a pair of blue pants, an embroidered top, a blue jacket, and blue flats from the 1965 ensemble #1920 ‘Fun Time’.  In addition the set included three items that could be worn with either outfit.  To top it all off there’s a cute red hat, red sunglasses, and a pair of red flat shoes. 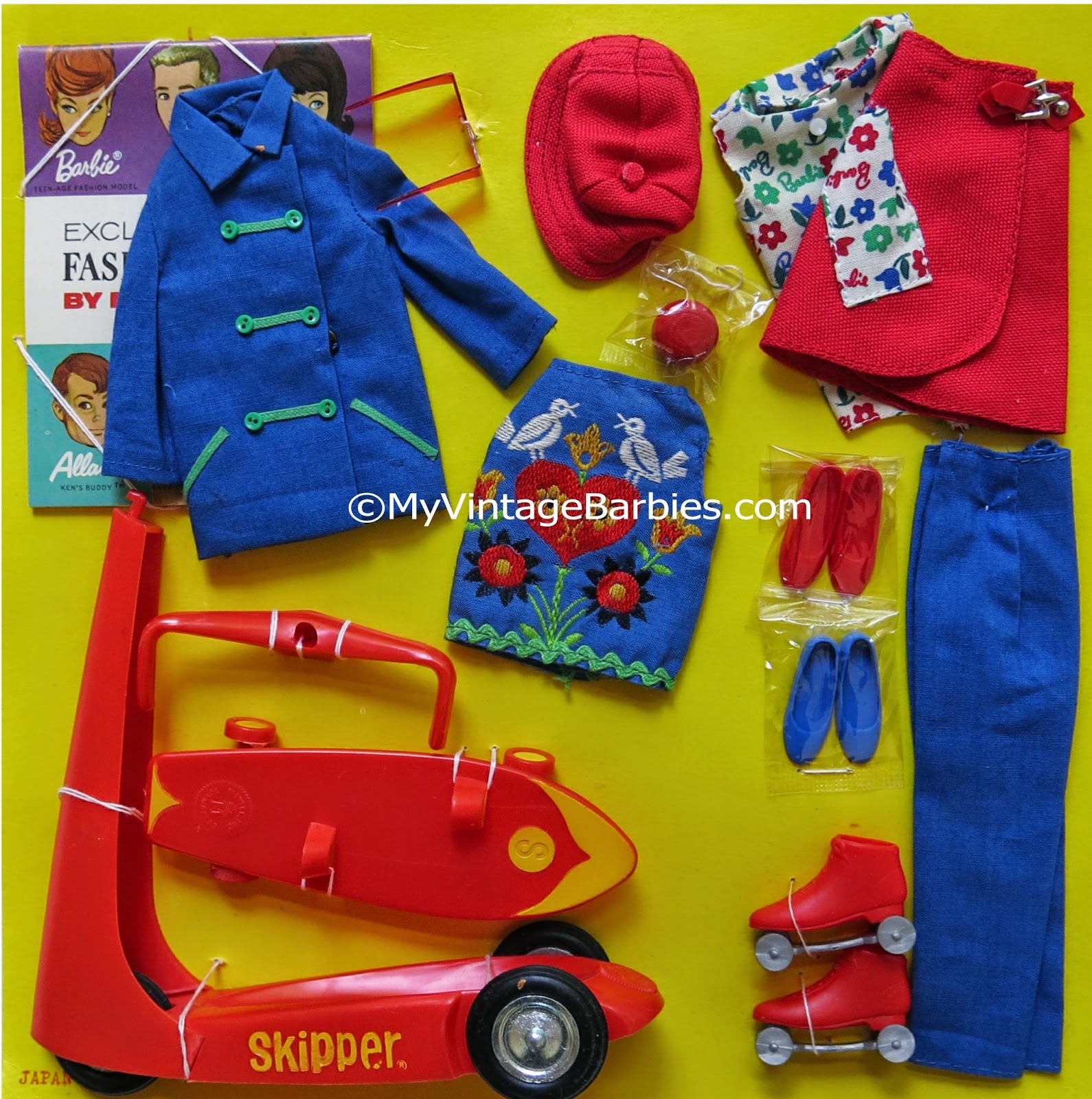 Interestingly, the Sears Christmas catalog advertisement for this “special value set” which retailed for $6.99 pictured and described a bendable leg Skipper doll, her swim-suit, and a second pair of red flats, but the set did not come with the doll or the additional clothing.  It is possible that Sears mailed a bendable leg Skipper doll along with the set when it was ordered out of their Christmas Catalog.  Otherwise, what a disappointment when your package arrived in the mail without the doll that the catalog described!  It’s a history, mystery!