Barbie of the Month: Forget ● Me ● Nots Malibu Barbie

The #3269 Forget-me-nots Barbie that is still found in her original packaging is a rarely seen on the secondary market.  She is the exact same doll as the #1067 Sunset Malibu Barbie from 1971, the only difference being their packaging.

The ForGet-Me-Nots Malibu Barbie was released in 1972 (even though the packaging says 1971), as a promotional doll that was available from the Kellogg Company.  She came in “baggie” style packaging with the wording ‘forget-me-nots Malibu Barbie’ printed on the cardboard. 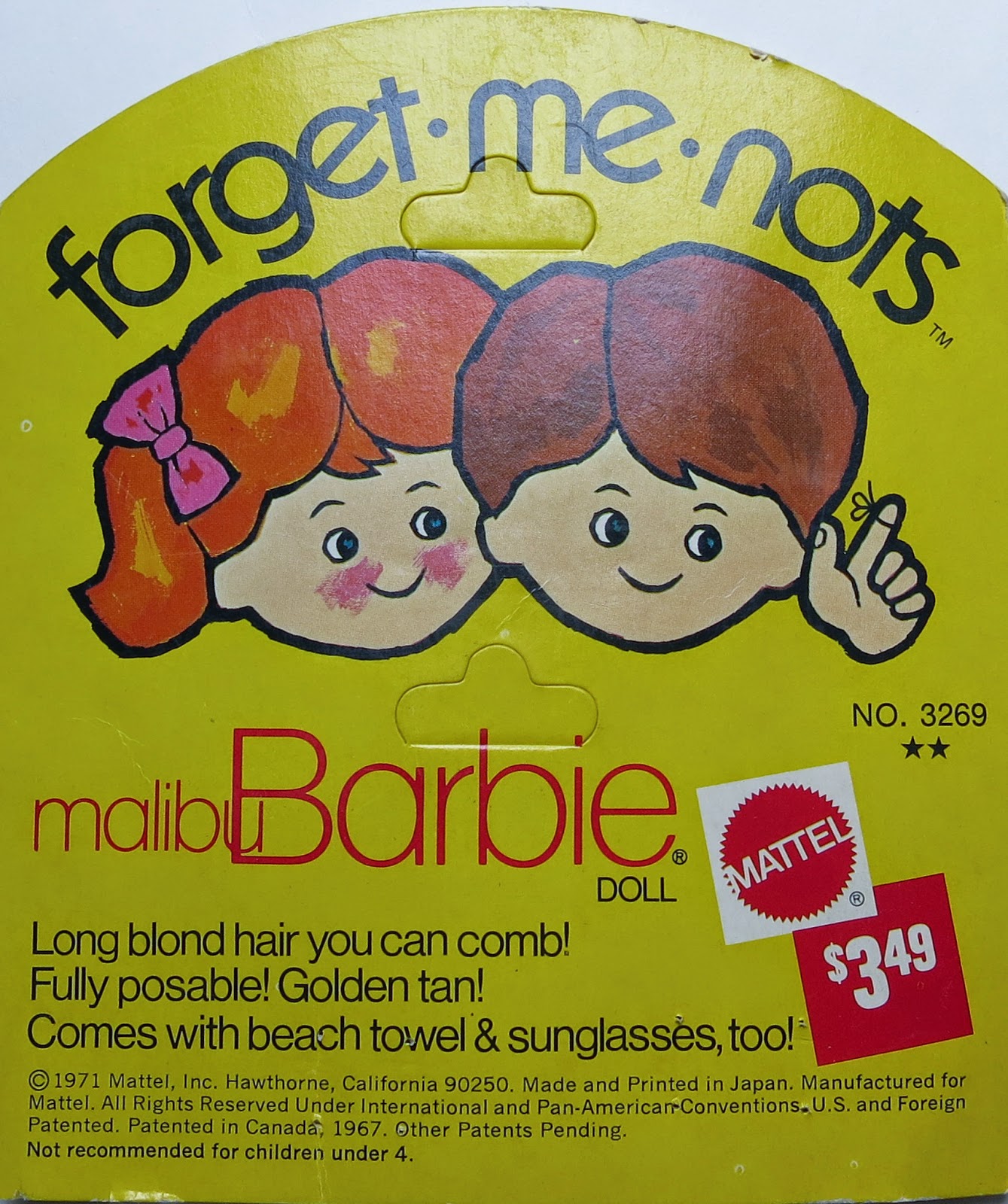 The Malibu Barbie, with her golden tan, bendable legs, and twist ‘n turn waist arrived wearing a blue one piece swim suit.  Also included were her lavender sunglasses, placed atop her head, a yellow terry cloth beach towel, and a pink and silver foil wrist tag.  She originally sold for $3.49.

Keep your eyes peeled, because these rare gems can still be unearthed by the lucky few that come across them.