In 1970 the #11188 Dramatic Living Barbie doll was released exclusively in Japan.

She looks similar to the U.S. Version of the Dramatic Living Barbie.

The Japanese Barbie had red straight hair which is slightly longer than the U.S. version.  She had side glance eyes, and wore a pink leotard with matching tights.  She was packaged in an open faced box which included a clear “X” stand.  Some of these dolls had a wrist tag, and others did not. Even though she was released in 1970, her box is marked 1969.

Barbie’s friend Living Eli was also introduced the same year exclusively in Japan.  She had dark hair with bangs and two side ponytails tied with blue hair ribbons. She wore the same leotard and tights as Barbie, but hers were a red color. 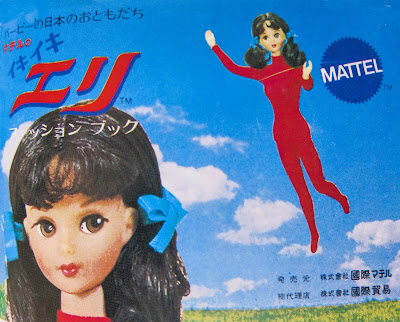 She had the same body as Dramatic Living Barbie. The face mold used for Eli was different.  Her face mold was that of the Sweet Sixteen Barbie from the U.S. market, only painted differently.  She came in a similar open faced box with clear stand as did Barbie. 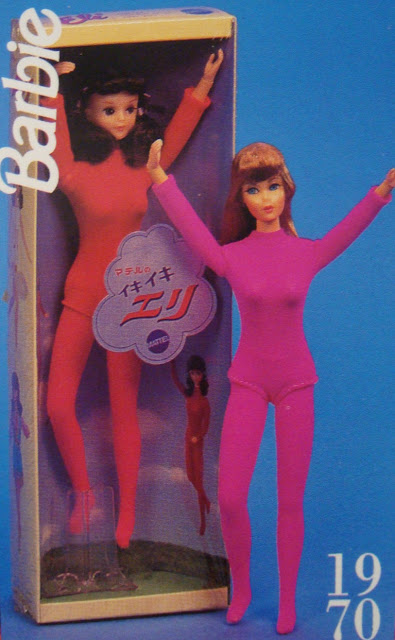 Both the Japanese Dramatic Living Barbie doll and her friend Living Eli dolls are extremely hard to find on the secondary market, and when they are available it’s usually at a premium price.
Finding and acquiring the uncommon is why I keep searching for more, and one of the many reasons I love my collection so much!