Barbie of the Month: Ballerina on Tour


This month I’m featuring the #9613 Ballerina on Tour Barbie.  She is a very pretty doll but is a very difficult one to find mint in her box, simply because she was only available in the fall of 1976 as an exclusive limited edition department store special.

Her counterpart #9093 Ballerina Barbie is the exact same doll, much easier to locate, and was also released in 1976.   There was one more addition to the line-up of Ballerina dolls.  The #9528 Ballerina Cara showed up on store shelves this same year. Ballerina Barbie wore a white tutu and had a white posing stand, and Ballerina Cara wore a pink tutu and came with a pink stand. 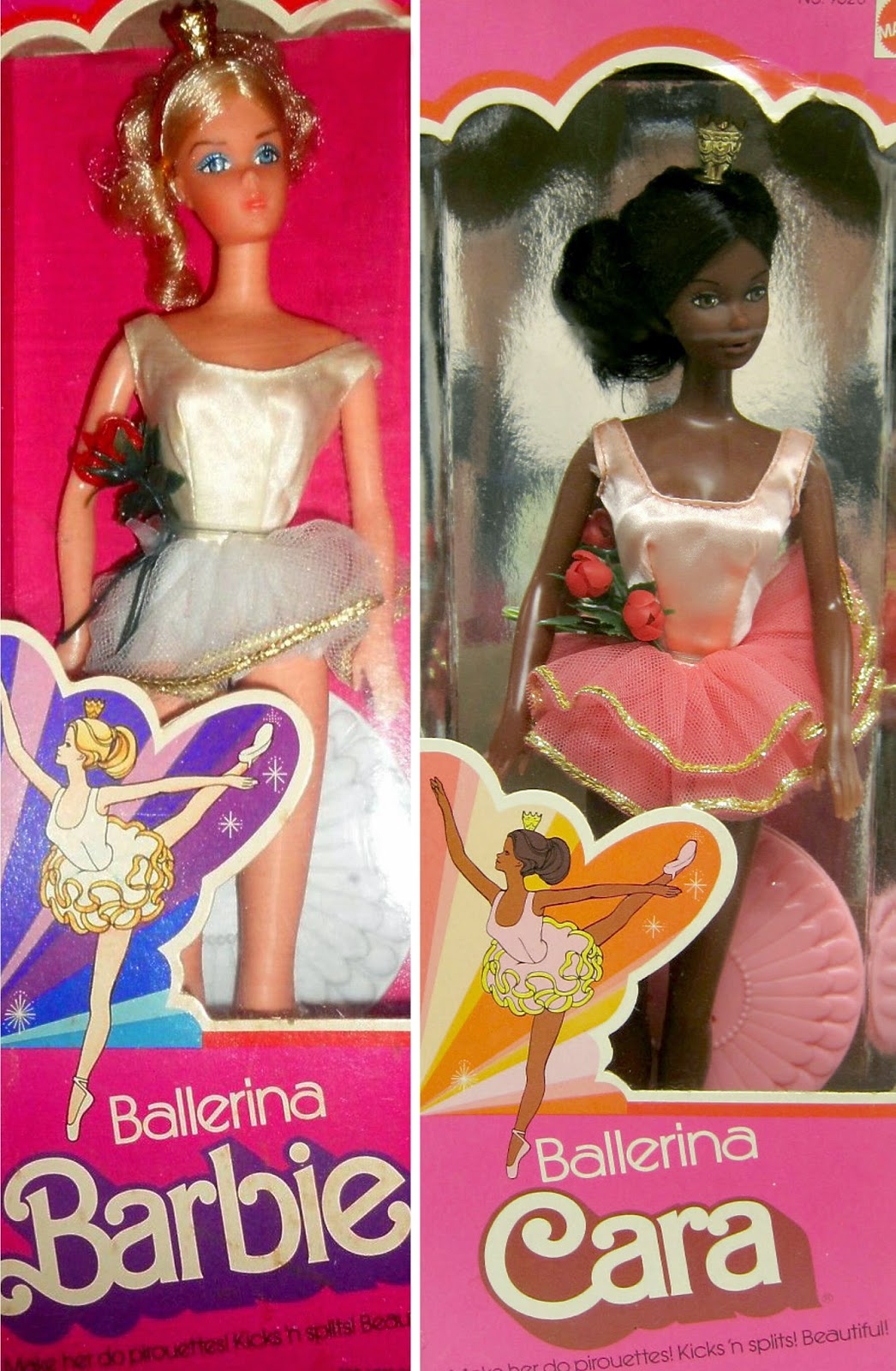 All three Ballerina dolls are marked ©Mattel, Inc. 1966 U.S. Patent Pending/Taiwan, and the Ballerina Barbie and Ballerina on tour Barbie dolls are identical.  They had a twist waist and a new at the time style of legs that allowed them to do the splits, as well as other ballerina kicks and poses. They have blonde hair, blue eyes, and painted on eye lashes.

Ballerina On Tour’s box included the doll dressed in a white satin ballet outfit with a white tulle tutu, trimmed in two layers of gold trim.  She wore white ballet slippers and a gold crown on top of her head. She carried a red bouquet of three plastic roses.  She also had a cute pink practice outfit that consisted of a long sleeved pink leotard with matching pink tights and a pastel pink tutu, which completed the set.  For her dance performance to the famous Tchaikovsky's Nutcracker Suite, she wore a beautiful Snowflake Fairy costume that featured a white mid-length dress with a patterned tulle overlay on the bodice and skirt. 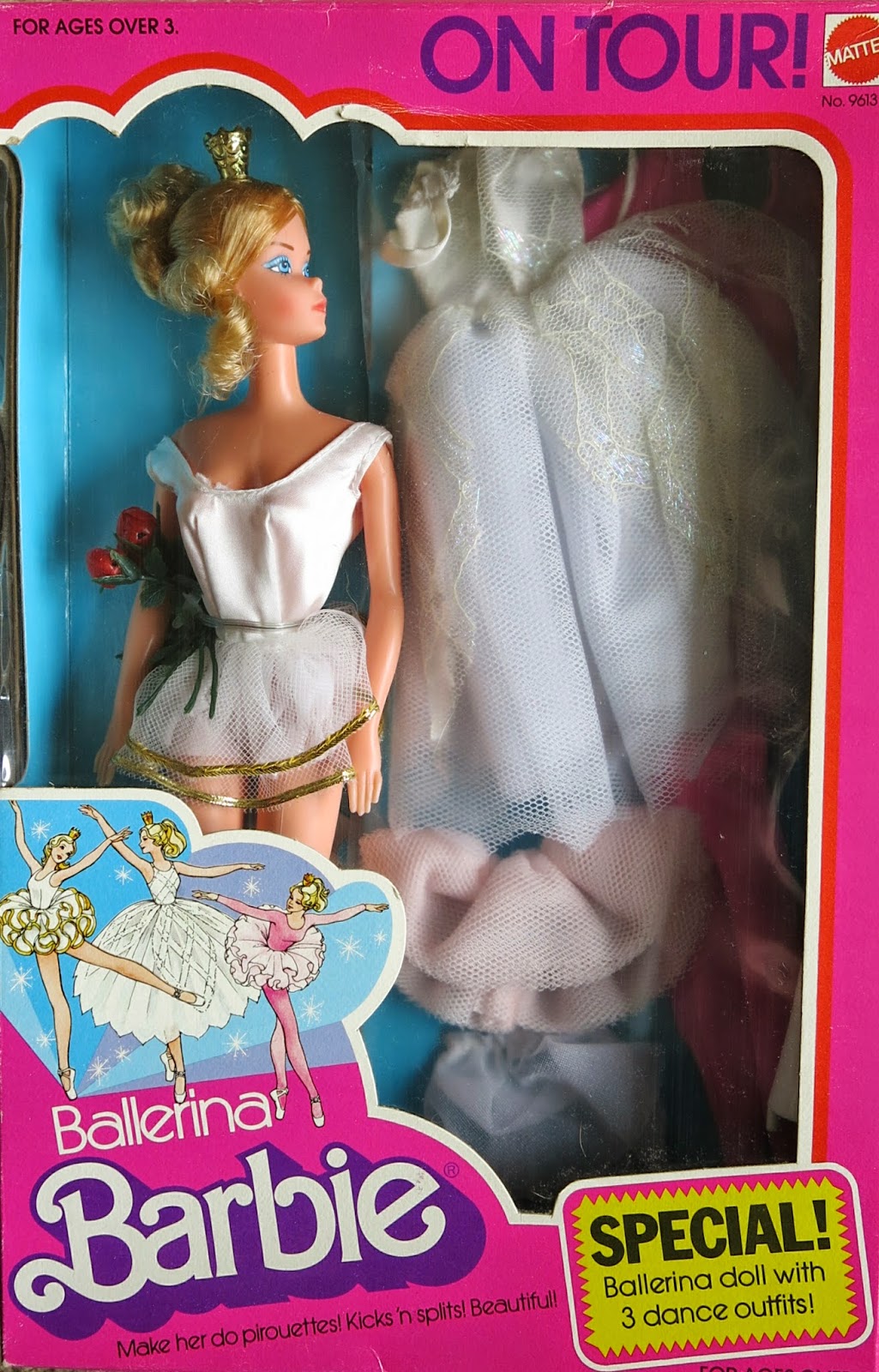 The Snowflake Fairy costume #9327 was also sold separately.  This fashion ensemble included the dress, ballet slippers, scepter, hair piece, and the nutcracker suite program featuring Barbie as the snow fairy. (Note: Ballerina on Tour did not have the scepter, hair piece, or the program.)

Even though this beauty is getting into the latter part of the vintage years, I think this doll is a must have for any vintage Barbie collection!

Happy Hunting!
Posted by Marie at 7:04 AM